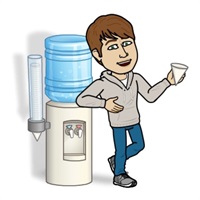 Mr. Ferraro attended Canisius College in Buffalo, New York where he earned his BA. Ryan was born and raised in Webster, New York and he takes pride that his agency is a local, family-run business that his father started in 1976. He utilizes the core values his father instilled in him both in his personal life and business on a daily basis. Some might say that Ryan was born to be an Insurance Agent. Through the years, his company has grown into one of the largest Nationwide Insurance Agencies in Western New York.

Ryan stays motivated each day because of the work he does with his clients. He does not see them simply as customers. They are his friends and family. He sees himself as an Agent for life. He is most excited about how the industry is rapidly evolving and adapting new ways of utilizing technology to serve consumers.

Mr. Ferraro lives a life of integrity and adaptability. He enjoys serving others and filling in the gaps in their understanding of insurance. He sees himself as a bit of an insurance “doctor”. His favorite phrase is, “That’s why I’m here”. One of his main purposes in business is to bridge the gap between consumer and product, making insurance accessible and understandable. He provides his clients and team with the experience of his entire life. He teaches them to understand their coverages for themselves and helps to make the insurance industry less daunting for the layman. He is an avid supporter of agriculture and his agency is Master Farm Certified. He is also a member of the New York Farm Bureau.